State of play in the Euribor reform

Ahead of the publication of the Eonia transition plan this post takes a look at the state of play in the extension of the EU BMR deadline to December 2021, EMMI’s activities on reforming Euribor, ISDA’s work on providing the fallbacks required by the BMR and finally, the choice of ESTER as the alternative risk free rate.

The EU Benchmarks Regulation (BMR)  is a gold plated codification of the IOSCO Principles for Financial Benchmarks, 2013 [pdf], that mainly applies to EU supervised institutions.  It lays down the responsibilities of the benchmark administrator and the benchmark user for a wide range of financial benchmarks that go well beyond interest rate benchmarks. The majority of provisions apply with the entry into force on January 2018. The authorisation of critical benchmarks is due January 2020. After that date no new transactions referencing the benchmark are admissible. An extension to December 2021 has been reached in preparation of the Trilogue process, which needs to be further confirmed. The extension is part of a wider effort to adjust the benchmark framework to ensure a smooth transition to the risk-free rates.

Obligations of the benchmark administrator include:

Obligations of the benchmark user include:

The benchmark administrator, which in case of Euribor and Eonia is the European Money Markets Institute (EMMI) must obtain authorisation of the national competent authority (NCA), which in case of EMMI is the Belgian Financial Services and Markets Authority (FSMA), EMMI’s supervisor.

On Euribor EMMI concluded, that the current quote based Euribor can not seamlessly transformed into a fully transaction based methodology (see EMMI FAQs on Euribor reform [pdf]). These findings take into account the steady decline in interbank activity. To  anchor Euribor in transactions, EMMI developed the hybrid Euribor approach. It relies on a ‘’waterfall approach’’, whereby Euribor submissions are based on three hierarchical levels: (i) transaction-based data, (ii) transaction-derived data, and (iii) expert judgment. The methodology has been consulted on in 2018 (see EMMI 2nd consultation on hybrid methodology [pdf]) and EMMI plans to obtain authorisation in 2019 (see Minutes to the Meeting of the working group on euro risk-free rates, 18 October 2018 [pdf]).

On EONIA, EMMI concluded that the benchmark can not be reformed to achieve compliance with the BMR (see Eiona review state of play [pdf]).
However, EMMI is supportive in the continuing the daily publication of the benchmark and highlights the options for extended use provided in the BMR Article 50(4). It would require the continued voluntary contribution of the panel banks or the exercise of the mandatory obligation for contribution for a maximum period of 2 years.

In derivatives the International Swaps and Derivatives Association (ISDA) is taking a central role in coordinating the activities and legal documentation in the transition to the risk free rates.

In September 2018, ISDA published the ISDA Benchmark Supplement in response to the obligations of the BMR imposed on the users of benchmarks. The benchmark supplement formally covers the actions taken if the benchmark is materially changed, ceases to be provided or is prohibited from use. By incorporating the supplement into the terms of relevant transactions, e.g. by adhering to the ISDA Benchmarks Supplement Protocol published in December 2018, benchmark users will be able to ensure these events are taken into account according to the BMR.

In a separate initiative, ISDA developed the IBOR Fallbacks for 2006 ISDA Definitions. It was triggered 2016 in response to a request by the Financial Stability Board (FSB) and specifically the Official Sector Steering Group (OSSG) which comprises central banks and regulatory agencies, to focus the FSB’s work on the interest rate benchmarks. The IBOR fallbacks are for specific IBOR benchmarks and will take precedence for these benchmarks over the actions specified in the ISDA Benchmarks Supplement once implemented. In these instances the Benchmarks Supplement remains as an additional layer of protection or as a way to define specific fallbacks in an interim solution until the IBOR fallbacks are implemented.

In general the fallbacks are based on the risk free rate and adjusted for a credit spread component that is inherent to the IBOR rates. The motivation is to minimize the transfer of value between the counterparties by triggering the fallback rate. The preliminary results of the consultation published by ISDA in November 2018 indicate a preference for a ‘compounded setting in arrears rate’ for the adjusted risk-free rate (RFR), and a ‘historical mean/median approach’ for the spread adjustment. The ‘compounded setting in arrear’ approach is the market convention for the float leg in today's overnight indexed swaps.

The Working Group on Euro Risk-Free Rates is an industry-led group to support the transition of the current euro interest rate benchmarks to the alternative risk free rate. The group was set up by the ECB, together with the Financial Services and Markets Authority (FSMA), the European Securities and Markets Authority (ESMA) and the European Commission, with the ECB providing the secretariat and the four institutions acting as observers.

The transition to the risk free rate includes the determination of the alternative risk free rate and the development of an adoption plan for derivatives and other financial instruments. The Euro RFR working group can thereby leverage the experience from similar working groups in the US (the Alternative Reference Rates Committee (ARRC)) and the UK (Working Group on Sterling Risk-Free Reference Rates). One of the first results was the selection of the euro short-term rate (ESTER) as the alternative risk free rate in September 2018.  The planning for the transition involves the development of a derivatives market in the new RFR as well as the transition to the RFR in financial instruments like securities and loans. To cater for the specific needs of the “cash” markets, RFR based term rates are developed, e.g. rates with a 3 month tenor.

The ECB as benchmark administrator will begin publishing ESTER by October 2019. Until ESTER is available, the ECB publishes an indicative pre-ESTER that is based on the same methodology and input data, but is subject to a more extended data-cleansing as the final rate.

The acceptance of the RFR in the loan and securities markets is crucial for the liquidity in RFR derivatives markets. A specific requirement voiced in loan markets is the need for a rate that spans a typical tenor (“term”), say 3 months, and is fixed at the beginning (“fixed in advance”) of the interest period. One solution considered globally are forward-looking term rates that are based on the overnight RFRs. Typically the term rates are derived from quotes or transaction prices of traded derivatives on RFRs, whereby the realized RFRs are compounded or averaged over the respective tenor. The FSB issued a statement in July 2018 [pdf] on the potential use and restrictions of forward-looking term rates in cash and derivatives markets. The UK experience could serve as a precedent here, as with the reformed SONIA rate a derivatives market in RFR rates exists for the relevant “money-market” maturities. The Bank of England (BoE) conducted a consultation on forward looking term rates (Consultation paper on Term SONIA Reference Rates) that took into account the various aspects of liquidity in the underlying derivative contracts. Some trade-offs have been identified between futures and OIS as instruments to derive the reference rate. While OIS can match the tenors of the term rates, the low number of transactions would require a robust quote mechanism. Futures on the other hand require interpolations between contract dates, which poses known challenges like intermediate central bank dates. While the BoE further investigated the OIS approach in the consultation, Intercontinental Exchange (ICE) as a benchmark administrator of Libor follows up on the futures based methodology (see ICE Term Risk Free Rates [pdf|). ICE has launched a web based portal, the ICE Term Risk Free Rates (RFR) Portal that publishes the indicative rates according to the methodology.

The euro risk free rates working group established a dedicated subgroup on the recommendation of term rates. The public consultation on the preferred approach will be submitted for approval by the working group latest in December 2019 (see Minutes to the Meeting of the working group on euro risk-free rates, 18 October 2018 [pdf]).

After the recommendation of ESTER as the alternative risk free rate the working group is now exploring possible approaches for ensuring a smooth transition to this rate.

For Eonia the transition to ESTER is the ultimate goal. Both rates are unsecured overnight rates with a somewhat stable spread which could be utilized in the methodology that is applied in the transition. The working group has established a dedicated subgroup to develop a Eonia-ESTER transition plan. The potential alternatives and a skeleton of the transition approach are outlined in Item 5: Issues related to Eonia transition, 18 October 2018 [pdf]. As this post is a recap of the other activities ahead of the endorsement  and publication of the Eonia-ESTER transition plan, it will not delve any further into this topic now.

On Euribor the dominant topic is the further reform into a hybrid Euribor to receive authorisation and thereby BMR compliance. This still would leave Euribor vulnerable to the commitment of panel banks to contribute and the availability of the data points that enter into the contribution.

However, in contrast to Eonia no overarching Euribor-ESTER transition plans are discussed. The term rates are essential building blocks of a transition process of Euribor to ESTER, but may eventually only be required in case the BMR authorisation cannot be obtained or maintained. Nevertheless, it leaves the option to the markets to adopt a transition of Euribor to ESTER as envisaged for IBOR rates globally.

On 9th of November the ECB hosted a roundtable on euro risk-free rates intended as a market outreach. The talk by the European Commission provides some insights into the motivation to prioritize the Euribor reform and the differences in the approach to the UK (see youtube video (12 min), the slides do not fully cover the talk). 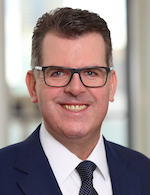